List of the Most Symbolic Flowers for Baby Shower 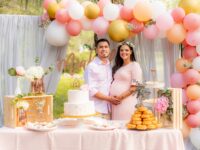 As we all know, a baby shower is an event that is all about celebrating a new beginning and welcoming a new member of the family. And to make this event more memorable, people often plan to decorate their houses with various items. But nothing could beat the flowers for baby shower.

Generally, the type of flowers the hosts' pick for the baby shower often depends on the season. However, many flowers are used in the baby shower decorations, because they symbolize the beauty and delicacy. So, if you are curious to know the meaning behind some of the popular baby shower blooms, you should start reading ahead.

The white flowers are often a choice at baby showers as they represent innocence, purity and youthfulness. Also, the white color is often the most dominant one as the color represents fresh beginnings and new life. Further, while decorating the white roses, it is suggested to pair them with other pastel ones to create a traditional centrepiece.

These blooms are available in soft and pretty hues that range from bright blue to pale pink; the hydrangeas are said to represent grace, beauty and gratitude. It is believed that this flower is a beautiful choice for a baby shower as it symbolizes hopes for the future. While arranging the hydrangeas, it is recommended that one pair them with the spray or garden roses to create a statement centrepiece.

Daffodils are the first flowers that one can see in spring. They are often suggested as a great pick for baby shower arrangements. They symbolize a new season and new beginnings. Further, these flowers stand alone and come in varieties that include gender-neutral tones like cream, yellow hues and white. And while arranging this particular bloom for the baby shower bouquet, it is suggested that one mixes them with the other variety of narcissus like paperwhites or jonquils.

Peonies represent prosperity, honor and compassion. Further, these are one of those flowers which are ultra-popular in baby showers when they are in season. It is a large full bloom that mixes well with the arrangements or flower stands alone. It is even used for preparing the flower crowns for the mothers-to-be. And while arranging them with other flowers, it's suggested to pick the leafier ones to balance their fluffy blooms.

Plum blossoms symbolize hope, beauty, perseverance and purity, making them another good choice for baby showers. When these blooms are in season, the blooming branches are strongly encouraged for use. Further, this bloom can be used alone and with different arrangements. But, the rule of thumb for arranging the plum blossoms is the longer the branch, the less is needed for the additional flower pairings.

Thus, these are some popular flowers that one can use in baby shower decorations. So, if you are about to arrange a baby shower, then hopefully, the information shared might help you with the decorations and make the event more memorable. 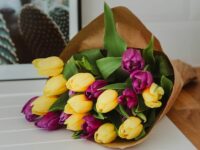 Top 5 Flower Myths that need to be Busted
Read more 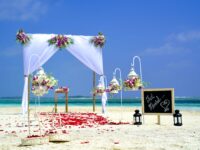 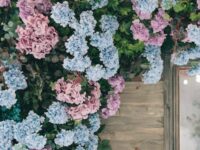 How to Design Flower Garlands for 5 Important Celebrations?
Read more 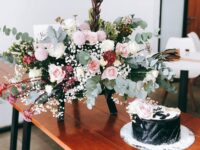 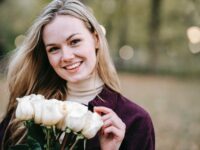 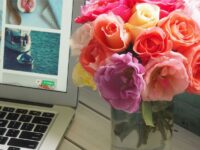